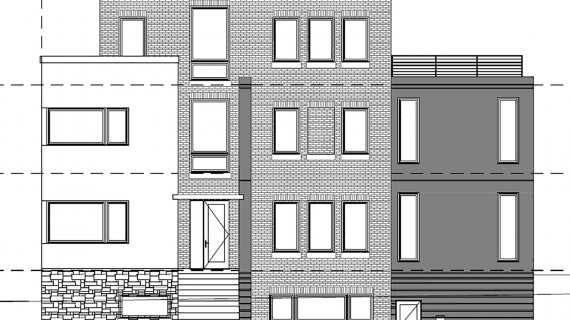 The Murillo Malnati group (MMg) is working with Cunningham + Quill on the re-design and re-development of 3700 Connecticut Avenue. The project involves the renovation and expansion of an existing home to be redeveloped in the modern architecture style. Located at the corner of Connecticut Avenue and Rodman Street in Cleveland Park, this property is one block from the Cleveland Park Metro Station. The new home will feature _____ bedrooms, ____ baths, a separately accessible one-bedroom suite, and off street parking for one vehicle.

MMg will remove portions of the existing structure in order to build the new 4,900 SF home on four levels. The new design features roof decks facing north and south on Connecticut Avenue.